Miss Chick and her entourage arrived in the beautiful Upper Peninsula of Michigan, and I couldn't wait to show them around! For those of you who don't know what a "Yooper" is, it's someone who lives in the U.P. (Upper Peninsula) of Michigan... get it? U.P. -- Yooper. Many people mistakenly believe that the U.P. is part of Canada. Not that that would be a bad thing ... but it's actually part of the State of Michigan. 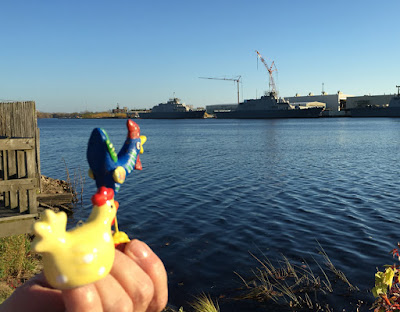 The first things we had to see were the Littoral Combat ships being built across the river at Marinette Marine. Mr. Rooster was suitably impressed, but Miss Chick held her cool while pondering the potential of these massive creations. 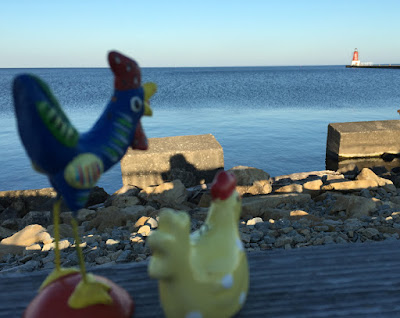 Next we went to view the work being done on the lighthouse, an iconic emblem of our community. We chose not to take time to walk out on the breakwall to the structure since there was so much more to see and time was limited. 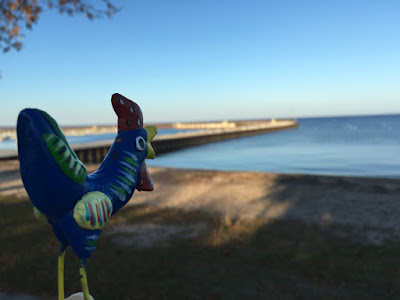 Mr. Rooster marveled at the vastness of the waters of Green Bay, a large bay that connects to Lake Michigan. How could so many seagulls live in one location? 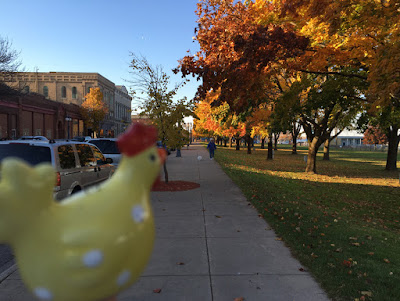 Miss Chick was amazed that there was still so much color to be seen in the leaves this late in the season. I explained to her that the weather had been unusually warm throughout the autumn this year, and that living near the water keeps the climate a bit more temperate than farther inland.

We went to visit some friends, who were very excited to hear about Miss Chick's travels. They happily agreed to help me document her visit with some creations of their own. Here are their finished works of art. 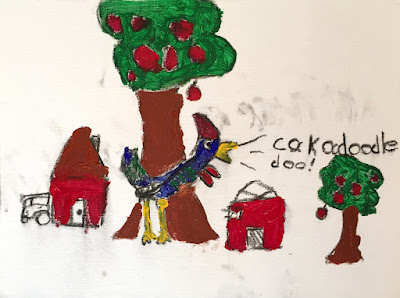 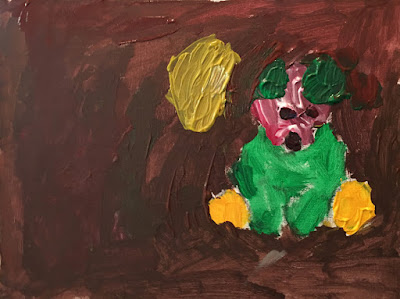 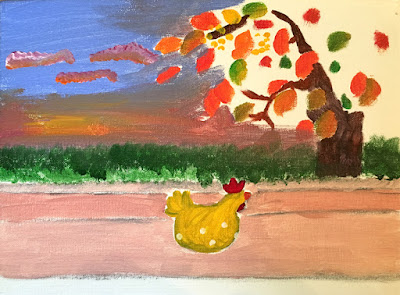 We all had a joyous time creating with Miss Chick and her friends! But I'm sure the one who will miss her the most is my own darling Sadie, who was most interested to hear as much as she could about Miss Chick's travels. She has been so many places in the world! Here is Sadie The Yooper Dog, recorded forever in a painting, saying goodbye to Miss Chick and Mr. Rooster. Bon voyage, friends! 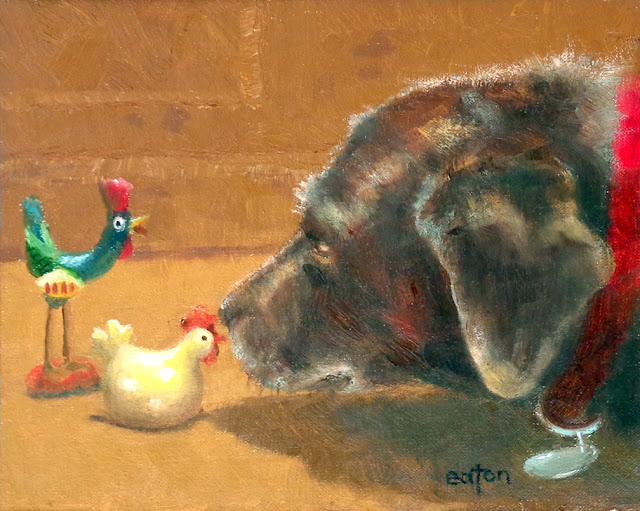 Copyright 2016 Kathleen Eaton
www.kathleeneatonart.com
Join my e-mail list by entering your email at the bottom of my home page
on my website to keep up with what's new!
You can also follow me on Facebook - Eaton Art Gallery

Posted by Kathleen Eaton at 8:21 AM 2 comments: