Hi,  The Travelling Chicken and Co.  arrived from Victoria on Salt Spring Island (a short ferry ride away)  to visit me Evelyn Oldroyd.
TC and SeniorAzul had a great  walk to Beddis Beach where they enjoyed the sun, waves and sand. 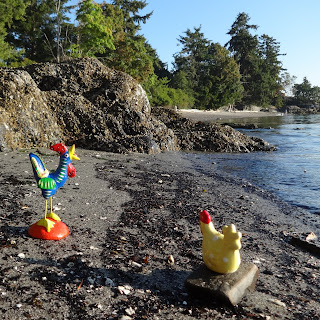 The next morning TC was awake enough to go to the beach again for a portrait in the early morning light before the sun was up! 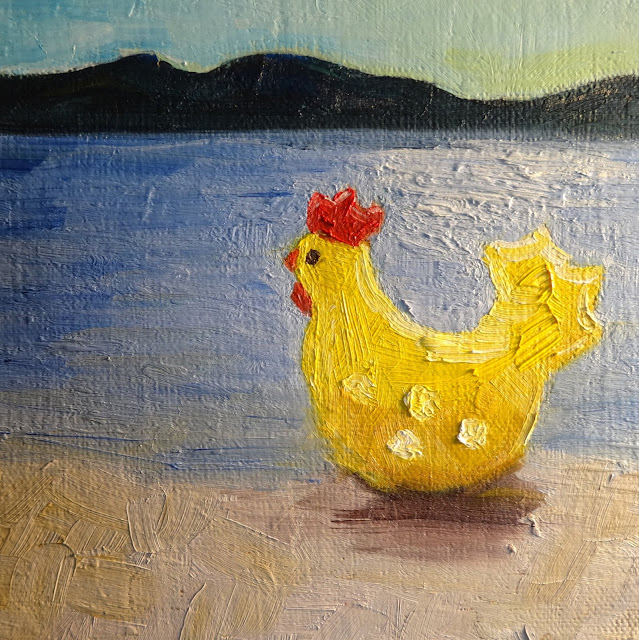 TC sat on a small rock at the edge of the water (very brave as the water was cold!) and enjoyed the lapping waves and view of the other islands in the distance.

Soon after they arrived we were off on a road trip to Christina Lake in the Boundary Country of British Columbia.  This meant a longer ferry ride very early in the morning.  Little Chicken and her chicks stayed snugged up, but TC and SeniorAzul came up on deck to enjoy the views. 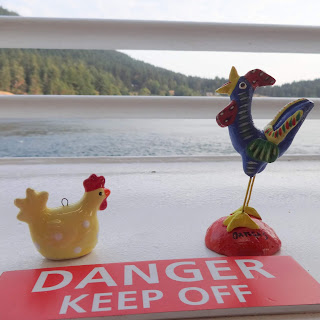 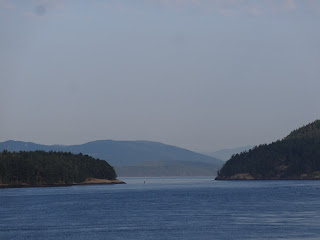 At Christina Lake TC & Co. stayed at Cascade Cottage on the first tee of the golf course.  They enjoyed the beaches at Christina Lake  had hoped to go floating on the Kettle River, but  smoke from the many fires in the province came along which made being outside too uncomfortable. 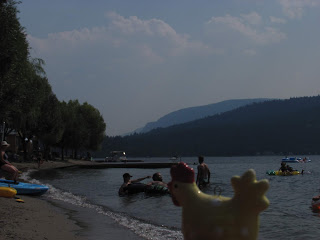 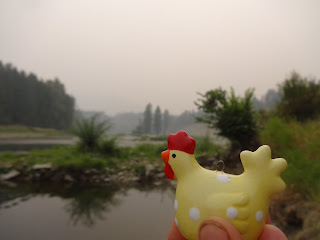 We had hoped to have another painting session before they left, but had to get going to Cache Creek, another town in British Columbia.  We did take the opportunity for a few photo sessions so I hope to get more paintings done!